The Bounty -- The Only European Tall Ship in Hong Kong 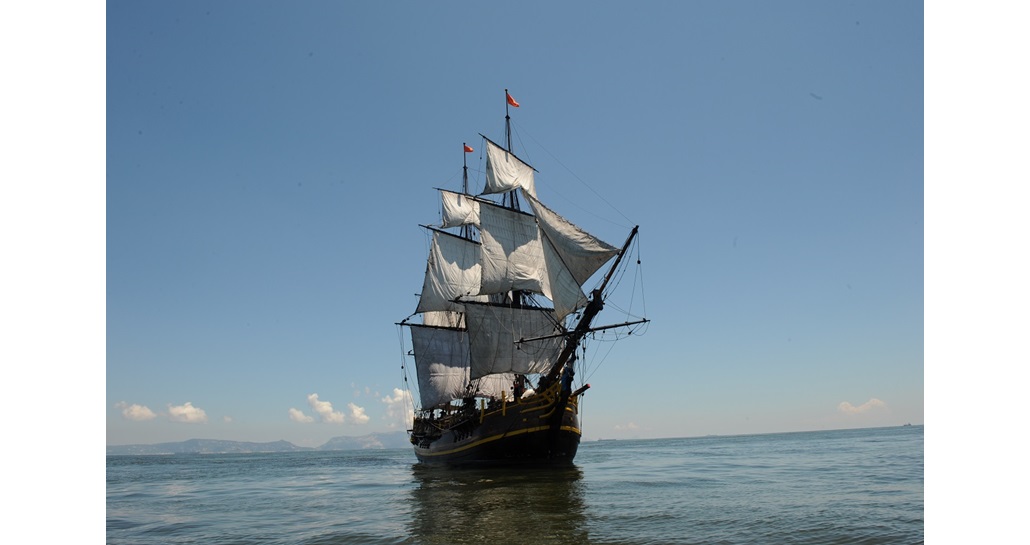 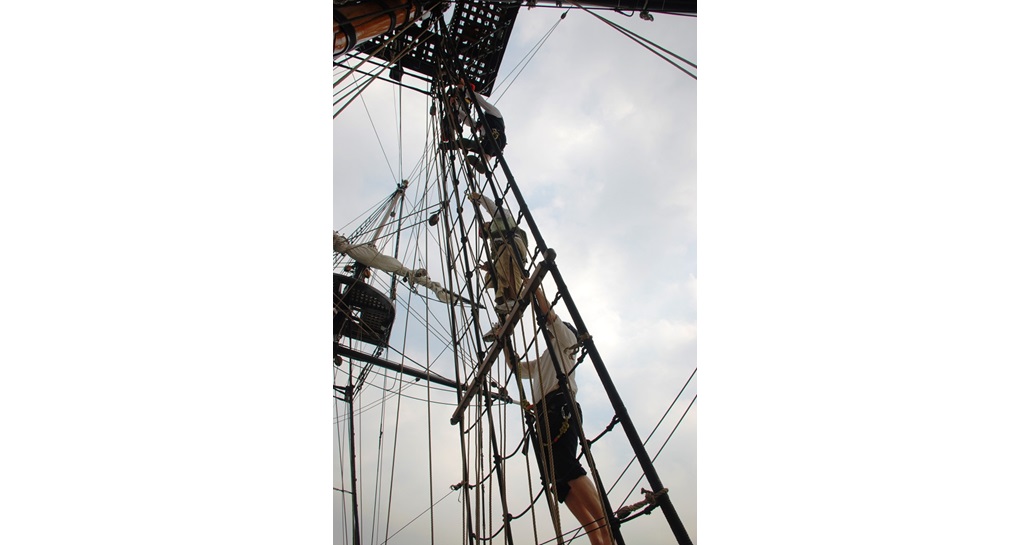 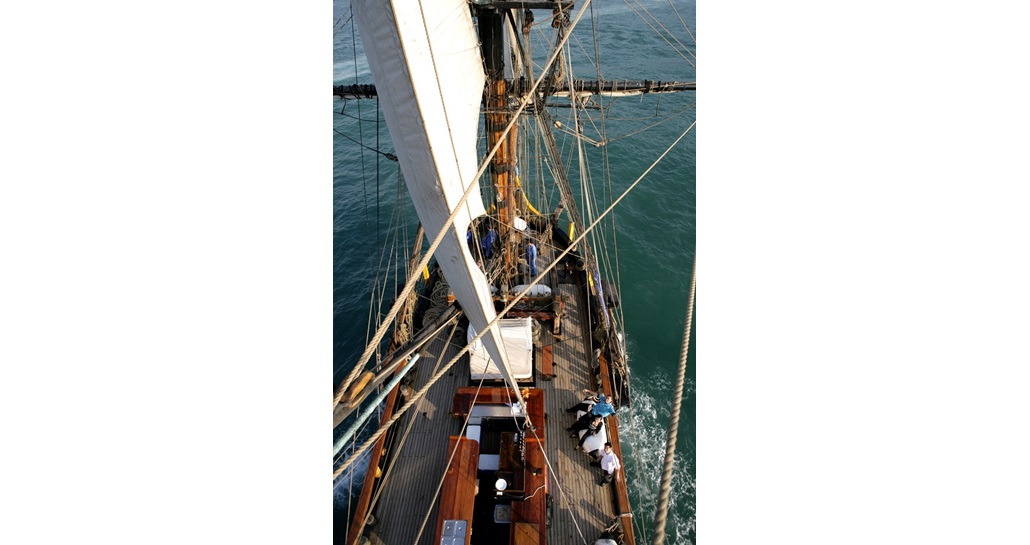 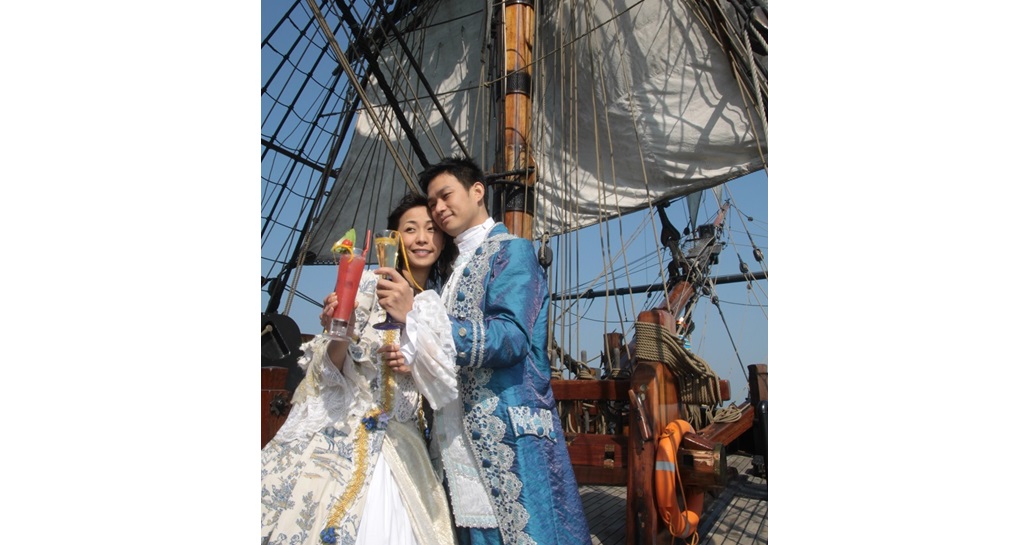 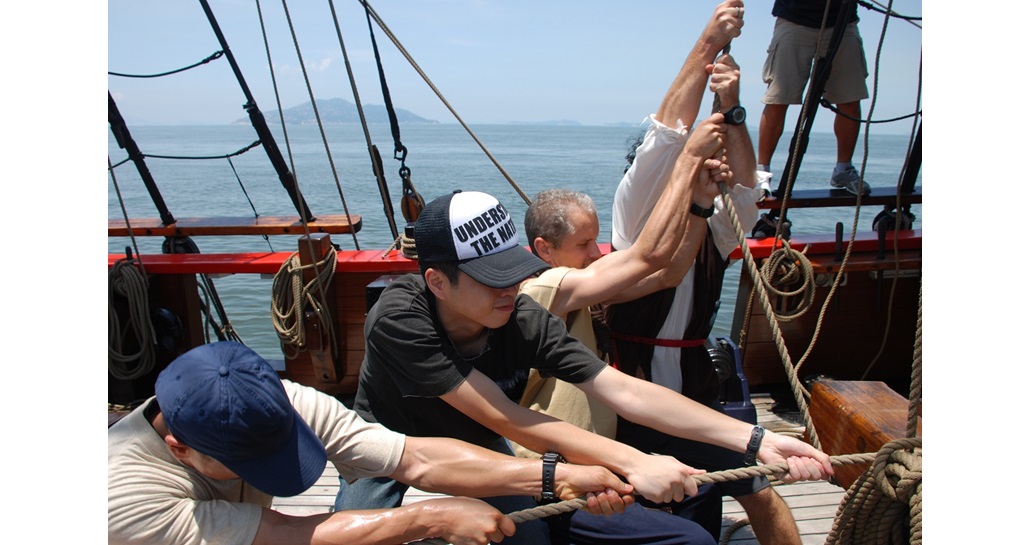 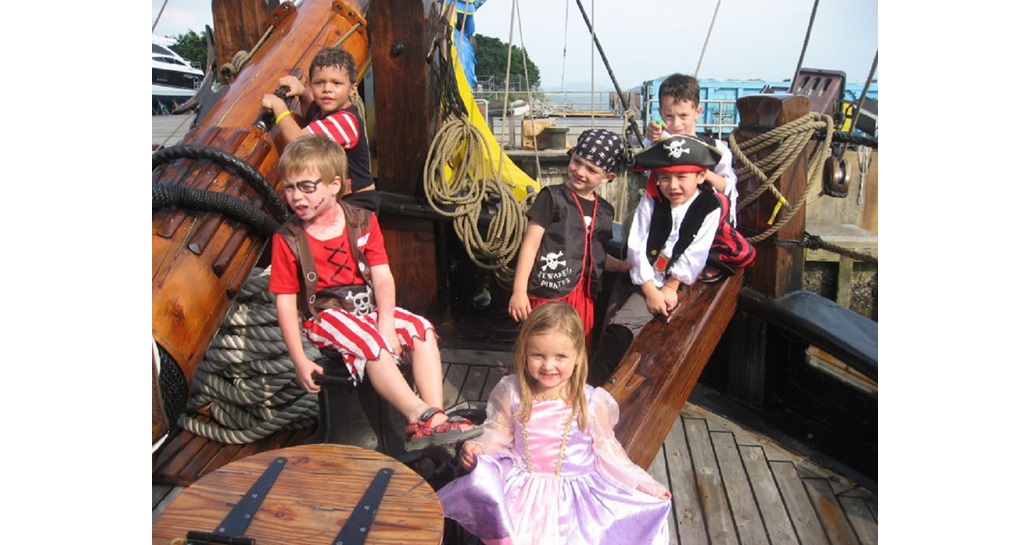 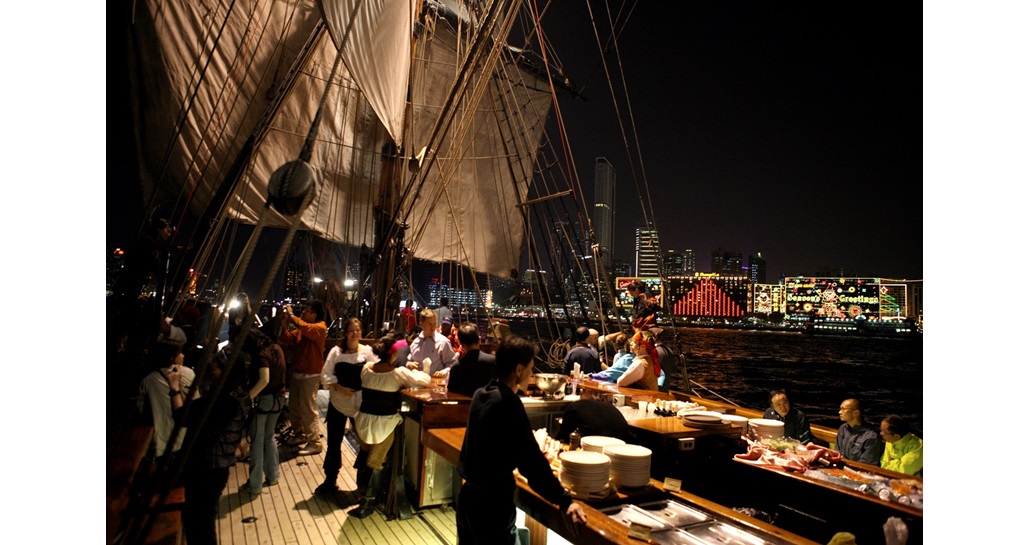 The Bounty has become a distinctive icon of the Hong Kong waters since it was brought to the city from Australia three years ago, adding to the East-meets-West character of Hong Kong. The tall ship provides the public with a brand-new way to cruise the Victoria Harbour.

Individuals, local enterprises and multinational corporations having cocktail receptions, private parties, themed weddings and team building activities etc on The Bounty have all enjoyed an unforgettable voyage. To thank customers for their continuous support and to celebrate the 3rd anniversary of The Bounty’s arrival in Hong Kong, special promotional offers have been introduced. You can now organise your very own special event or celebration on The Bounty at special prices!

Promotional Offers to Celebrate the 3rd Anniversary of The Bounty
With a capacity of 60 passengers, The Bounty is a versatile venue for a wide range of events. Perfect for creative theme parties, wedding receptions or cocktail cruises, The Bounty is also an innovative venue for team building activities. With the guidance of our experts, guests climb the masts of The Bounty to test their fitness and courage. From now on to 30 September 2011, you can charter The Bounty at a 10% discount.

Special Catering Packages of The Bounty
1. Classic and Romantic Wedding Ceremony1
A unique and romantic wedding in authentic 18th century European style on board The Bounty will not only bring you the sweetest moments in your life, but will also give your guests a very special and memorable experience! From 26 to 28 August 2011, visit the booth of “Discovery Bay Club Siena” (No.30) at the 64th Fall/Winter Wedding Service & Banquet Expo held at Hong Kong Convention and Exhibition Centre and make a booking of The Bounty, you and your guests can enjoy a two-hour Victoria Harbour cruise with buffet and free-flow beverage on board for just HK$33,000 net (original price at HK$45,100)! Value-added services such as pre-wedding photo shooting, venue decoration and so on can also be arranged upon request.

2. Innovative Party
With its legendary history and vintage design, The Bounty is a very special venue for parties with various nautical themes. You can be a captain throwing a big party for your crew or become one of the pirates having fun with your “gang” on The Bounty. Whatever the event, The Bounty will surely impress you and your guests.

The Bounty – A Legendary Icon of the Hong Kong Waters
The Bounty is a 42-metre full-scale replica of the original H.M.A.V. Bounty which has a history of more than 220 years, and carries a legendary story of ruthless mutiny and courageous voyage that is extremely well-known in the British nautical history (Please see appendix).

The Bounty replica was built in 1978 for the Dino de Laurentis film “The Bounty” released in 1983, the seventh film and television version of the famous mutiny story, starring Hollywood’s superstars Mel Gibson and Anthony Hopkins.

Residing in Discovery Bay, The Bounty is currently the only European tall ship in Hong Kong. It has become a distinctive icon of the local waters since Hong Kong Resort Company Limited brought it to the city from Australia in 2007. The Bounty is getting more and more popular for theme parties, wedding ceremonies, corporate team building activities and cocktail cruises etc. With a capacity of 60 passengers, The Bounty is a versatile outdoor event venue which will provide a completely different experience unparalleled anywhere for you and your guests!

Remarks
1 Wedding Expo guests can book a two-hour Victoria Harbour wedding cruise at the special price stated, which would include the ship rental, a buffet valued at HK$450 per person and a free-flow beverage package of soft drinks, orange juice & selected beer valued at HK$140 for 40 persons. Corkage is also waived. For more details, please call 2500-1820.

The Legend of The Bounty

The Origin
The original Bounty was built in 1784 as a trading vessel. Under the order of King George III to the British Admiralty in 1787, she was refitted to create a greenhouse for shipping breadfruit plants, and was renamed "His Majesty's Armed Vessel Bounty". On 5 August 1787, Captain William Bligh was appointed Commander of the Bounty by the British Admiralty, who then went on the voyage to the West Indies.

A Tough Voyage
The expedition of the Bounty left on 23 December 1787 with 46 officers and crew. Captain William Bligh's orders were to sail to Tahiti where he was to collect young breadfruit trees which is a source of food for the native labour.

Captain Bligh was not cruel to his crew, but his short temper led him to criticise his officers in front of the crew, not the way to help maintain order. Compounded with tough sailing conditions, there was a great deal of bad-feeling amongst the crew. To overcome some of these problems, Bligh promoted Fletcher Christian, one of the main mutineers later on, from Master’s Mate to acting Lieutenant.

They reached Tahiti on 26 October 1788 and six months passed before the breadfruit plants were acclimatised and weather conditions good enough to commence the voyage to the West Indies. In this time the crew naturally became lazy. Polynesians liked visits by white men and they treated the Bounty’s crew very well.


The Historic Mutiny
The Bounty left Tahiti on 4 April 1789, Captain Bligh found that the crew had let some of the sails rot and there were many items missing from the ship. Bligh was in a bad mood and it became obvious to everyone that he and Fletcher Christian were arguing. Only three weeks after setting sail for the West Indies, Captain Bligh was mutinied against and cast adrift in Bounty's 7-metre longboat with 18 loyal crew members. The Bounty was taken by Fletcher Christian and the other mutineers.

Through Bligh's great skills as a navigator, he was able to sail this little boat to Timor, a trip of 6,705 kilometres in 41 days with the loss of only one life. This was one of the most amazing sailing achievements ever completed. He later purchased another ship, delivered the breadfruit to the West Indies, discovered Fiji and became the Governor of New South Wales.

Most of the mutineers were dropped off back in Tahiti and the others, led by Christian, took a number of natives on board and sailed off to find a more remote island where would be less chance of being discovered. This led to their settlement on Pitcairn Islands and later Norfolk Islands.