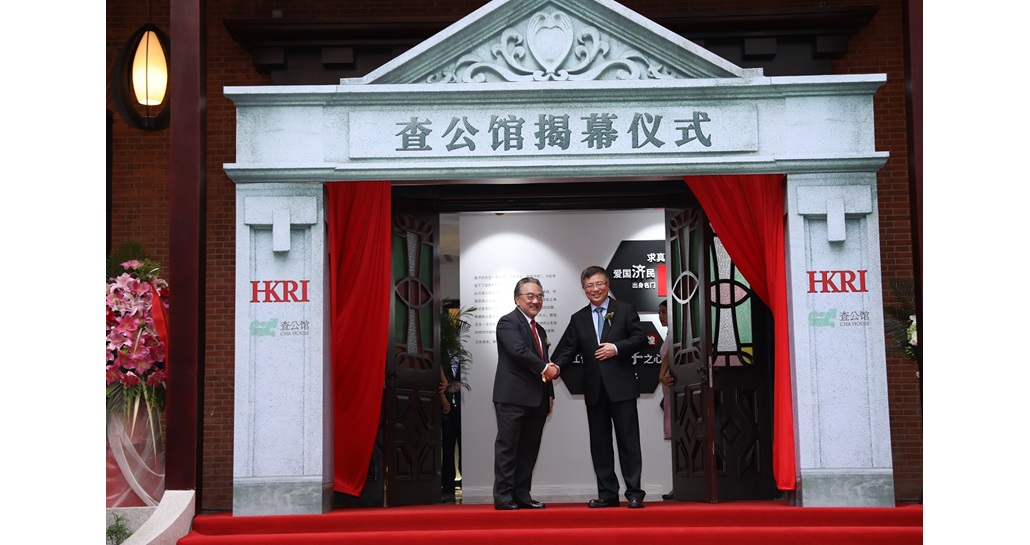 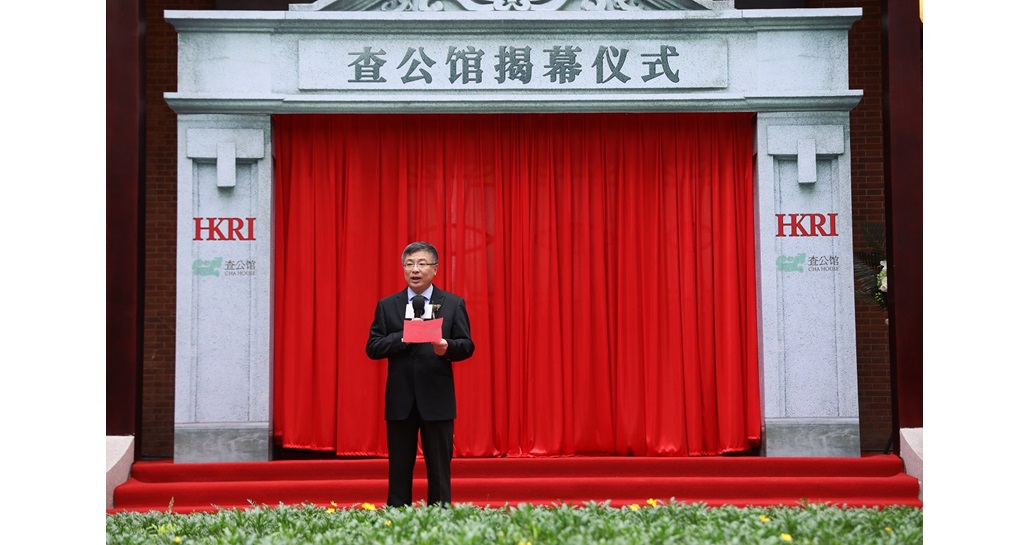 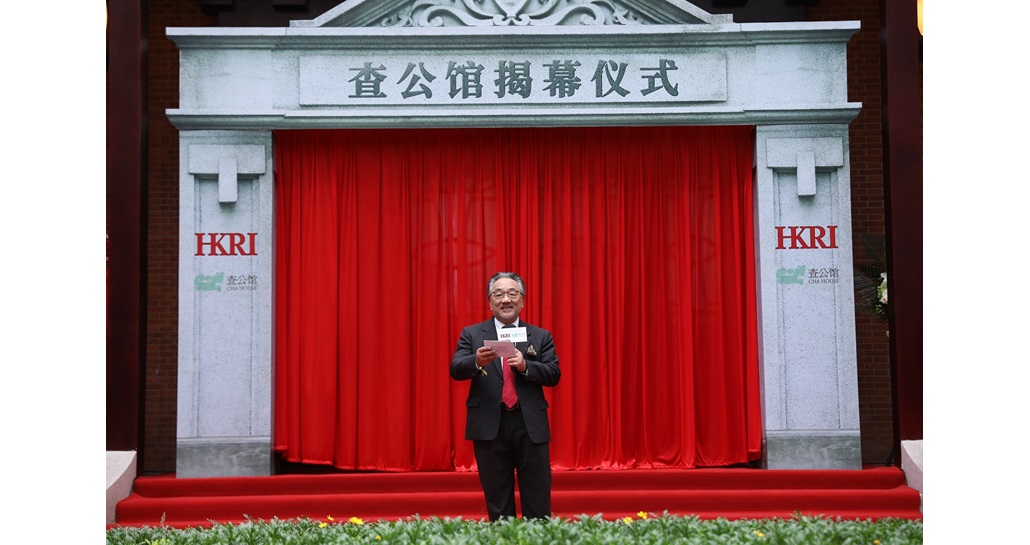 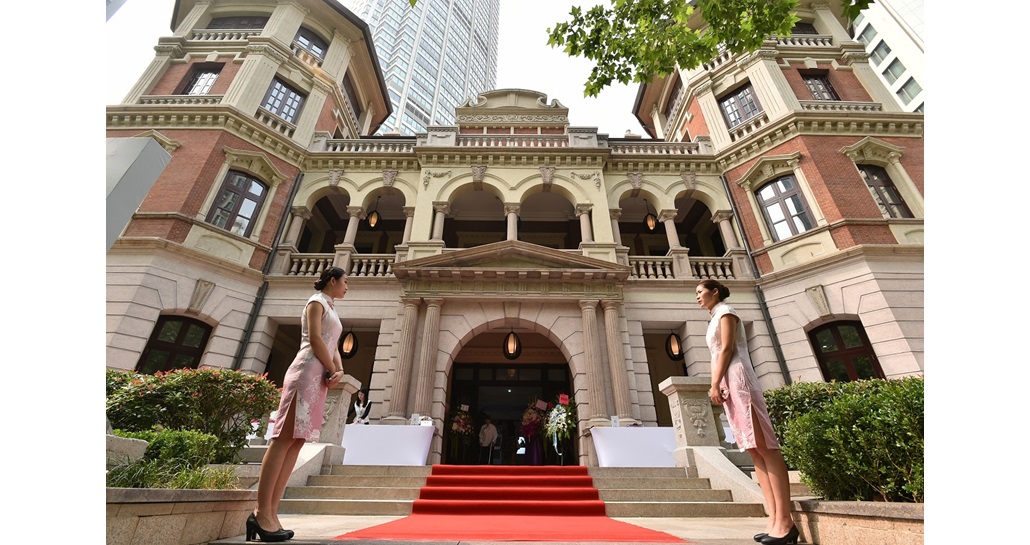 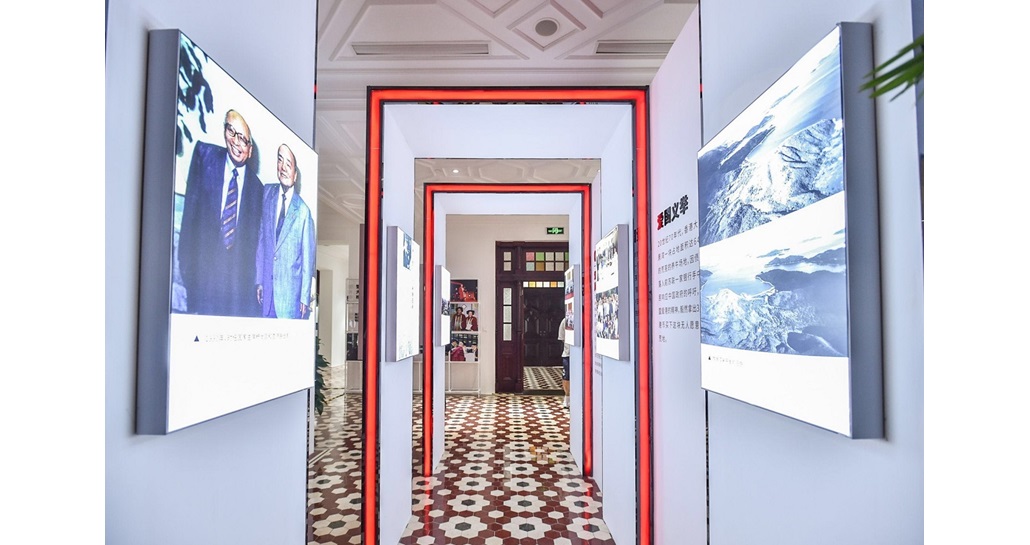 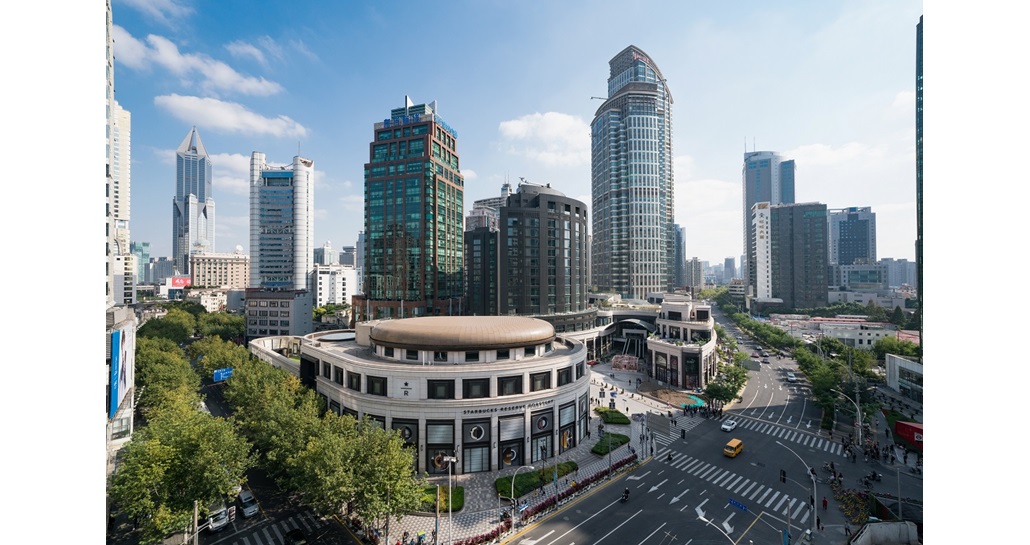 View Download
HKR International Limited’s (HKRI) flagship project in Shanghai, HKRI Taikoo Hui, was launched officially at the end of last year. Today, after years of careful planning and meticulous restoration, the century-old building inside the project has finally opened its doors with a new name – “Cha House” – commemorating HKRI’s founder and patriotic entrepreneur, The Honourable Dr Cha Chi-ming, GBM, JP.
The opening of this historic building coincides with the start of a new chapter in HKRI’s pioneering history. Celebrating the Group’s achievements over the past 40 years, and the re-birth of Cha House, HKRI is running a one-and-a-half-month exhibition at the historic building. Entitled “The Cha’s Spirit: Serving the Society and People”, the exhibition documents the legendary life and patriotic endeavours of Dr Cha, and also takes visitors on a journey through the changes, transformations and redevelopments of Shanghai’s old city. This century-old landmark represents a three-dimensional reflection of the history and development of “Shanghai Culture” in the Jing’an District.
The Cha House unveiling ceremony was attended by Mr Lu Xiaodong, Deputy Chief of the CPC Jing’an District Committee and Jing’an District Governor; Mr Zhou Haiying, Jing’an District Deputy Governor; Mr Victor Cha Mou Zing, Deputy Chairman and Managing Director of HKRI; and representatives from the Shanghai Zhangming Architectural Design firm, which was responsible for moving and restoring the building. Other eminent guests and representatives of supporting organisations were also present as Mr Lu and Mr Cha opened the curtains to officially usher in a new phase in the life of Cha House.
“Cultural branding represents a city’s soft power, while commerce serves as an economic driver. The organic combination and interaction of culture and commerce will create synergies within the district or even across the city,” said Mr Lu. “I believe that the opening of Cha House will continue to expand the perception of HKRI Taikoo Hui as a commercial complex, turning it into another cultural landmark on Nanjing West Road that combines tradition and modern values.”

“HKRI is a creator of quality lifestyle and preserver of history and culture,” said Mr Victor Cha. “Having witnessed a century of Shanghai’s history, Cha House is the epitome of Shanghai’s urban culture. For the past decade, HKRI has been leading the relocation and restoration of Cha House, which is in line with the Group’s core value of respecting the people and the land. ‘The Cha’s Spirit: Serving the Society and People’ exhibition reflects our commitment to fulfilling our social responsibility of inheriting and promoting culture. The building itself is a vivid exhibit. We hope that the exhibition can help the public feel its charm and humanity, and inspire people to think about coexisting and prospering with the city.”


Rejuvenation of a century-old landmark
Cha House was built in the 1920s by two brothers – Shanghai dye magnates Qiu Xinshan and Qiu Weiqing. Since the 1940s it had been used as the campus of the Minli Secondary School. This nearly century-old building was previously located in Dazhongli, the largest cluster of traditional Shikumen structures in Shanghai. The planning and redevelopment of Dazhongli started in 2002, when the government began the transformation of the old district. Some 15 years later, this plot of land is home to the landmark HKRI Taikoo Hui commercial complex, where traditional and modern cultures collide.
To preserve this cultural asset with rich historical value, ensure a perfect harmony between historical and modern landscapes, and fully accommodate the construction of the subway, the team invested heavily in planning and executing the relocation of the entire building. After careful research and preparation, the building was travelled to its current address on 7 February 2010. The relocation took 13 days, during which the building was moved 40 centimetres vertically and 57 metres horizontally.


Historic building preservation projects of this scale require substantial resources. The restoration of Cha House is one of the few such projects funded by a private corporation. HKRI engaged the Shanghai Zhangming Architectural Design Firm to begin repairing the building using modern technology, innovative materials and processes, with the aim of restoring the structure as far as possible to its original state.
“This approach not only preserved the authenticity of this classical architecture, but also achieved the goal of sustainably developing the building and enriching the commercial space and urban texture of the Dazhongli area,” said Ms Zhang Ming, founder of Shanghai Zhangming Architectural Design Firm.
Cha House is a grand, mixed-style architecture with its first level covered with faux stone panels, while the second and third levels boasting red brick walls. Oriental building features were seamlessly integrated into Western architectural designs, resulting in a sleek, yet powerful presence. The interior decoration was carefully put together, preserving the original details to a great extent while giving them a new look. From the mosaic floor comprising a mix of red, yellow and black tiles, to the Spanish spiral railings and carvings in the shape of lotus flowers and pearls, visitors experience an accumulation of traditional and contemporary Shanghai culture amassed over a century of existence.
The restoration work ensured that Cha House retained its elegant Baroque style, without looking out of place in a modern commercial complex like HKRI Taikoo Hui. The strong heritage of this traditional building and the vibrancy of a modern complex intertwine to take visitors on a journey across the past, present and future.


“The Cha’s Spirit: Serving the Society and People” exhibition
“The Cha’s Spirit: Serving the Society and People” exhibition is the first public event at Cha House after its official reopening. The exhibition comprises two main parts: Level one covers the legendary life of Dr Cha using a wealth of historical literature, videos and other multimedia content. The aim is to inspire young people to be patriotic, forward-thinking, innovative and hardworking. With the theme of “From Dazhongli to a New City Icon”, level two showcases the evolution the area has undergone over the last decade in an immersive manner. By restoring iconic scenes of Dazhongli, which evoke memories and a sense of nostalgia, visitors are led on an exploration of city and its living spaces.
The exhibition also features three important pieces: a bronze sculpture of Dr Cha by Chinese master Mr Wu Weishan, a scarf that travelled into orbit on the Shenzhou 6 spacecraft, and a “Dazhongli” plaque with great historical and cultural value.


HKRI’s commitment over 40 years
HKRI is always committed to its mission and responsibilities, upholding its fine tradition of pursuing of excellence and respecting the people and the land. HKRI puts its focus on curating quality commercial and residential projects with careful planning. Since 1977, HKRI has worked meticulously to develop Hong Kong’s Discovery Bay – originally a piece of barren land on Lantau Island – into one of Asia’s biggest luxury residential communities.
In the 90s, HKRI entered the mainland China property market, and later secured the development rights to the Dazhongli plot. After 15 years of planning and development, and with a total investment of RMB17 billion, HKRI Taikoo Hui is a new Shanghai landmark that further signifies HKRI’s determination in crafting quality projects.


As well as HKRI Taikoo Hui, HKRI has built and invested in many other property projects in mainland China, including, The Exchange in Tianjin, Elite House in Shanghai, City One and Riviera One in Jiaxing and Oasis One in Hangzhou. In addition, HKRI has ventured into other parts of Asia with multiple investment and development projects in countries such as Japan, Thailand and the Philippines.
HKRI will continue to increase its investments in mainland China and build more quality living spaces for people.
“The Cha’s Spirit: Serving the Society and People” exhibition opens from 19 May to 30 June. Visitors can make bookings in advance using the WeChat app (WeChat ID: hkr_international). In the future, other enriching and diverse humanities and arts activities will be held at this century-old building, further strengthening the cultural footprint of this historical landmark.

About HKR International Limited
HKR International Limited has diversified interests in real estate development and investment, property management, luxury hotels and serviced apartments, healthcare services and other investments in Hong Kong, mainland China and across Asia.
The Company has been listed on The Stock Exchange of Hong Kong since 1989, under the Stock Code of 00480, and it is also a constituent of the Hang Seng Global Composite Index, Hang Seng Composite Index and Hang Seng Corporate Sustainability Benchmark Index.
(www.hkri.com)
Ends