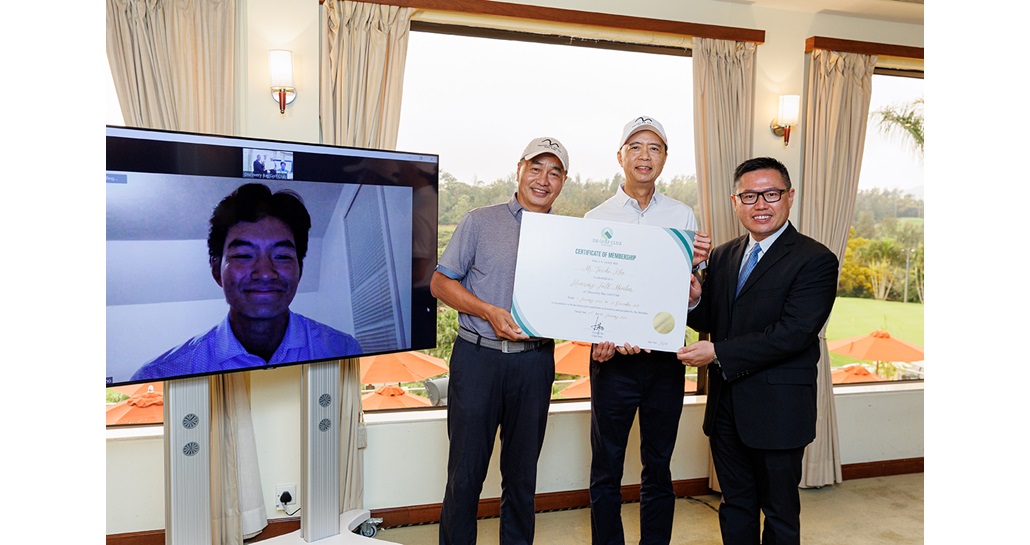 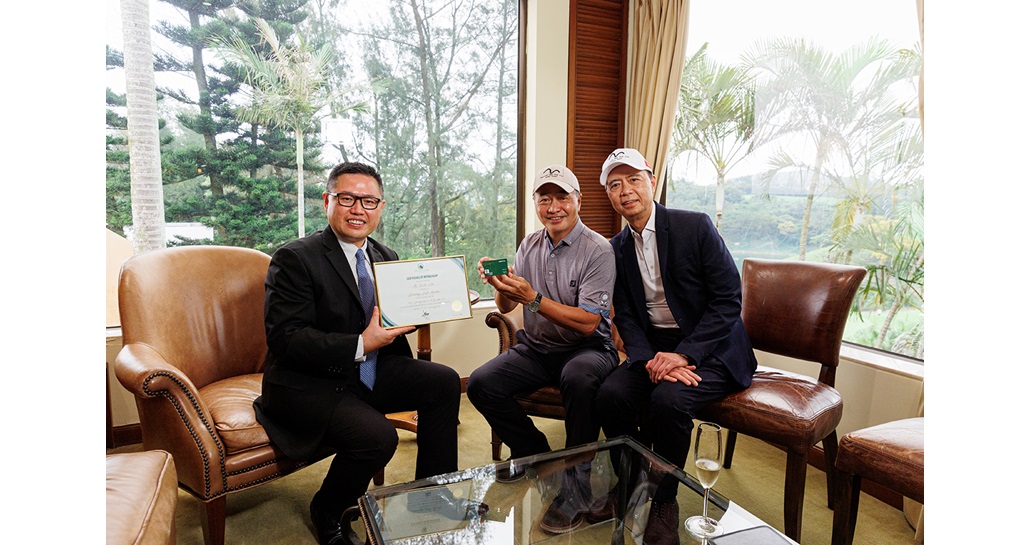 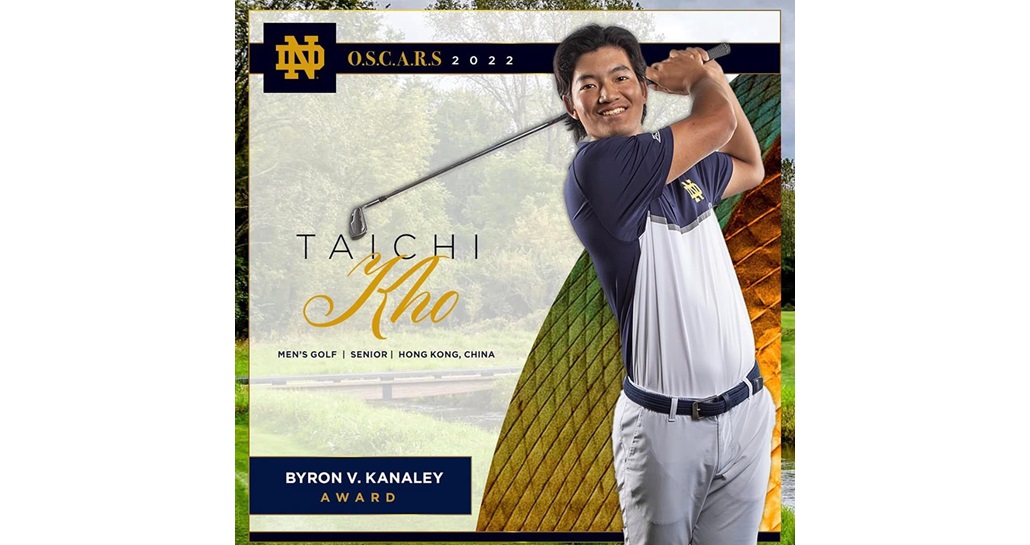 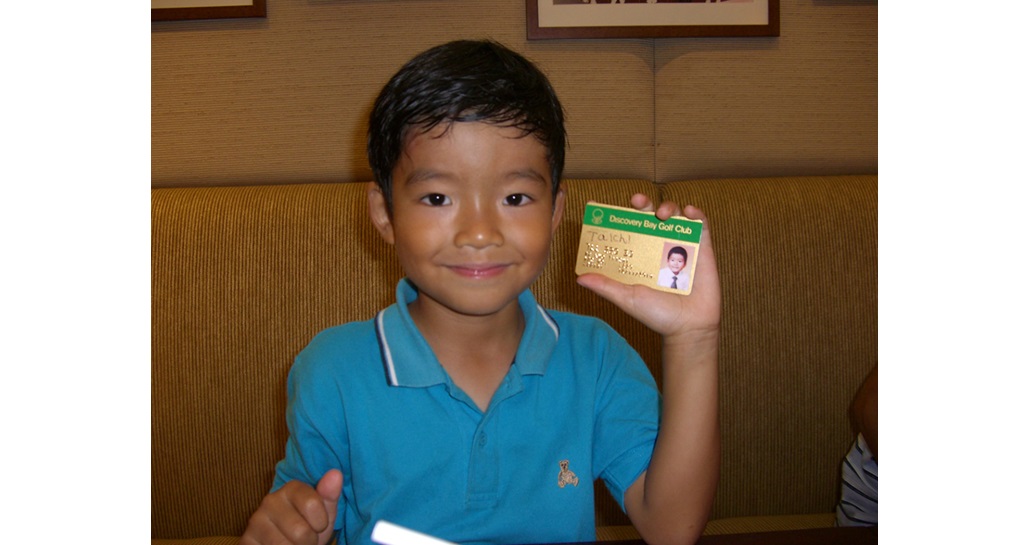 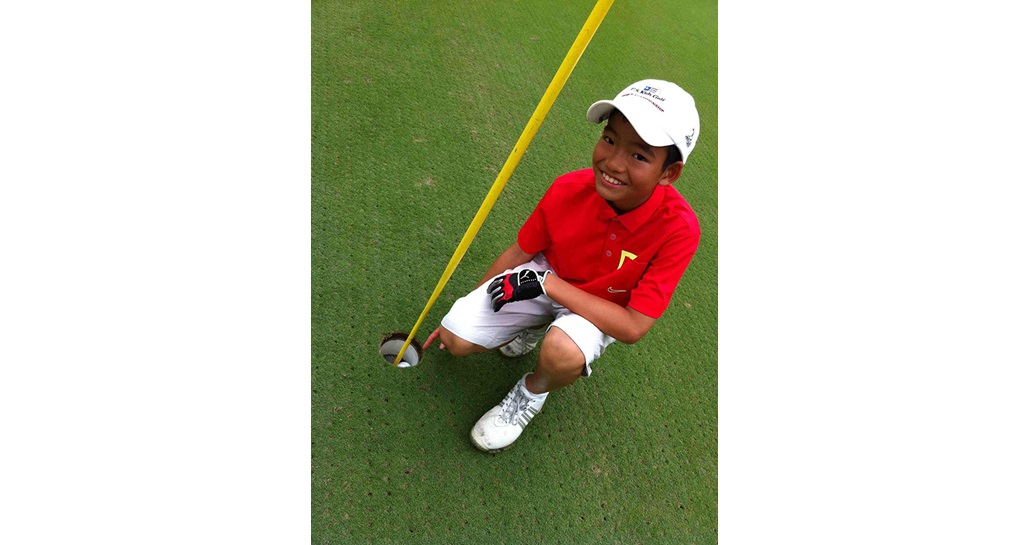 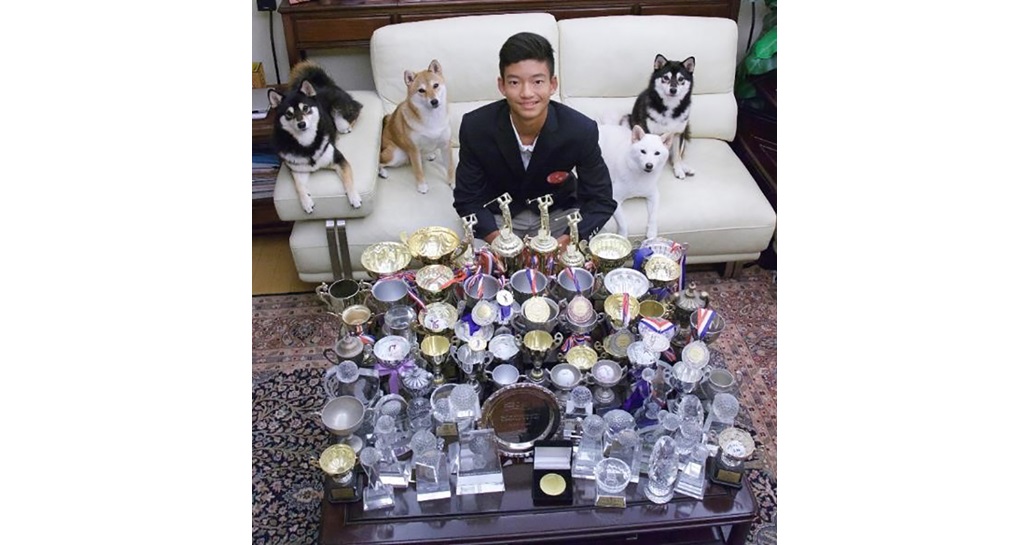 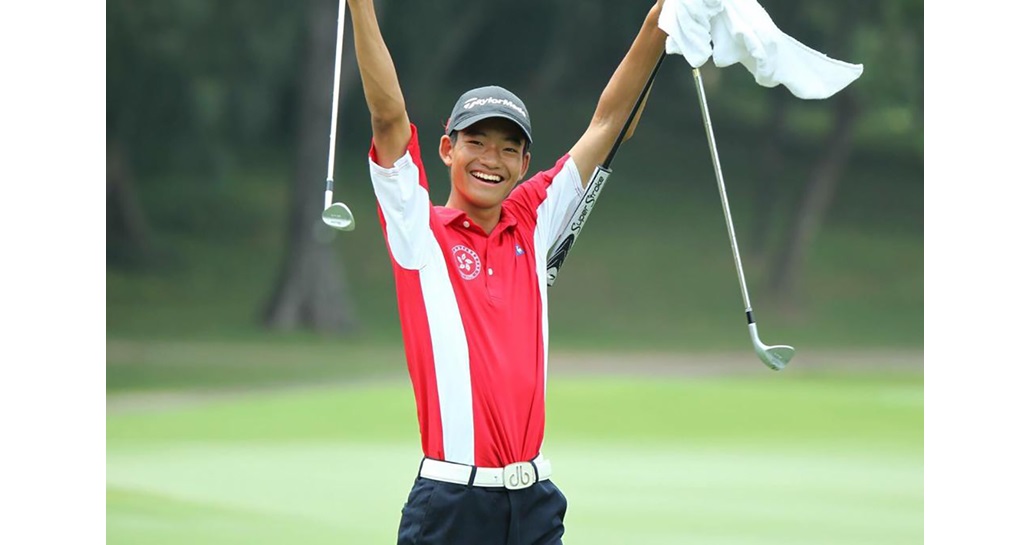 Discovery Bay Golf Club (DBGC) is glad to present its first-ever Honorary Membership to Taichi Kho, a home-grown golfer from Discovery Bay, to recognise his passion, perseverance and devotion in golf as well as the significant accomplishments he has achieved on the international stage over the years.

In his acceptance speech, Taichi commented modestly, “I am truly honoured to receive the Honorary Membership, especially that it comes from DBGC – my first memory of golfing was playing 9 holes on Ruby at DBGC. What I have accomplished is truly a whole team effort, big part goes to my parents, for what they do and sacrifice. It is also a team effort from DBGC because I got the privileges and facilities and the support from everyone at the Club.” Back in 2005, the Club made an exception in allowing Taichi, aged 5 at that time, to start playing before reaching the minimum playing age of 10.

Victor Kho, father of Taichi and captain of the DBGC Men’s Team, is obviously proud of his son’s achievements. Upon receiving the recognition on behalf of Taichi, he commented, “Taichi has demonstrated passion and tremendous commitment in golf. Being named as an Honorary Member by DBGC sets another athletic milestone for him.”

Ivan Lee, Executive Vice President, Operations, Auberge Hospitality, said, “We are honored to have Taichi as the awardee of our first-ever Honorary Membership. It underscores the respect our Club holds for his dedication and passion in golf since early age, his pursuit of excellence in golf, and what he has established for golf in Hong Kong and on the international stage. His exemplary work has become role model for our junior team. We are so proud of his achievements.”

Taichi has developed a strong competitive spirit at an early age under the guidance of his father and many professional coaches at DBGC. Victor recalled, “Taichi was fascinated with golf after he made his first swing at 5. Even as a child, he diligently refined his skill and practiced during whatever free time he had. I still remember the many pairs of worn-out shoes as a result of his repeated practices in twisting and swinging. Since then, Taichi practiced and received training at the Club regularly and treat it as his home club. With the Club’s team efforts and the junior nurturing programme, DBGC became an outset of his golf athlete journey.”

DBGC is at the forefront in grooming young golfers, and empowers them with a comprehensive junior nurturing programme. In 2008, the Club introduced innovative modality and approaches for junior golf academy. In 2010, it further adjusted the minimum age for on-course playing right from 10 to 6, to promote golf to the next generation. Under the junior nurturing programme, DBGC offers a series of support, including dedicated weekly practice sessions for the elite juniors, golf courses which offer a combination of skills challenges, and also a junior clinic led by the Golf Pro. The Club also collaborates with various golf professional bodies to offer more opportunities for the juniors to participate in tournaments, thereby growing their skills by practical experience. Through these initiatives, DBGC has nurtured a talented junior team, and the team members have obtained outstanding results in the local tournaments organised by the Hong Kong Golf Association.

DBGC has witnessed the professional development of Taichi, from junior golfer, to now the highest ranked amateur golfer in Hong Kong. His achievements in golf include: champions of a number of local and international tournaments, nominee of the Cathay Pacific 2021 Hong Kong Sports Stars Awards, champion of Hong Kong Junior Close Championship in 2018 with a record 19 strokes lead, champion of Hong Kong Junior Open Championship in 2016 and 2018, winner of the HSBC Junior Golf Order of Merit in his age group for four consecutive years from 2015 to 2018, MVP Golfer and Sportsman of the Year at Discovery College in 2017, and the first amateur in Hong Kong to win The Hong Kong Professional Golfers' Association tournament in 2016. In April 2022, Taichi received the Byron V. Kanaley Award at the University of Notre Dame, which is the most prestigious honour presented to student-athletes at the university, in recognition of his achievements in sports and academic results.

Eddie Chan, General Manager of DBGC, said, “We congratulate Taichi in receiving the Byron V. Kanaley Award, and we are proud of the golfer spirit he represents. Our Club has long been dedicated to nurturing young and talented golfers, and it is a great honour for the Club to support Taichi’s passion and professional development starting from his early age. DBGC is always the home club to Taichi and we look forward to seeing Taichi at the Club in many years to come.”

Being the runner-up of last year’s Asia-Pacific Amateur Championship, Taichi will now be the first Hong Kong golfer to play in the Qualifying Series of The Open in July 2022. DBGC wishes him a great success in the competition.

Discovery Bay Golf Club (“DBGC / the Club”) is an exclusive private members’ club located in the upscale community of Discovery Bay on Hong Kong’s Lantau Island. Firmly established as a world-class destination for golf enthusiasts, DBGC is home to a 27-hole championship golf course in three interesting and testing layouts – Jade, Diamond and Ruby Nines. Each course has undertaken essential upgrades recently with the last one for the Jade course completed in 2021. The Club is famed for the spectacular scenery 230 meters above sea level with panoramic views of Victoria Harbour, Sunset Peak and the South China Sea.

Discovery Bay Golf Club is a brand under Auberge Hospitality.

This press release is issued by Discovery Bay Golf Club.